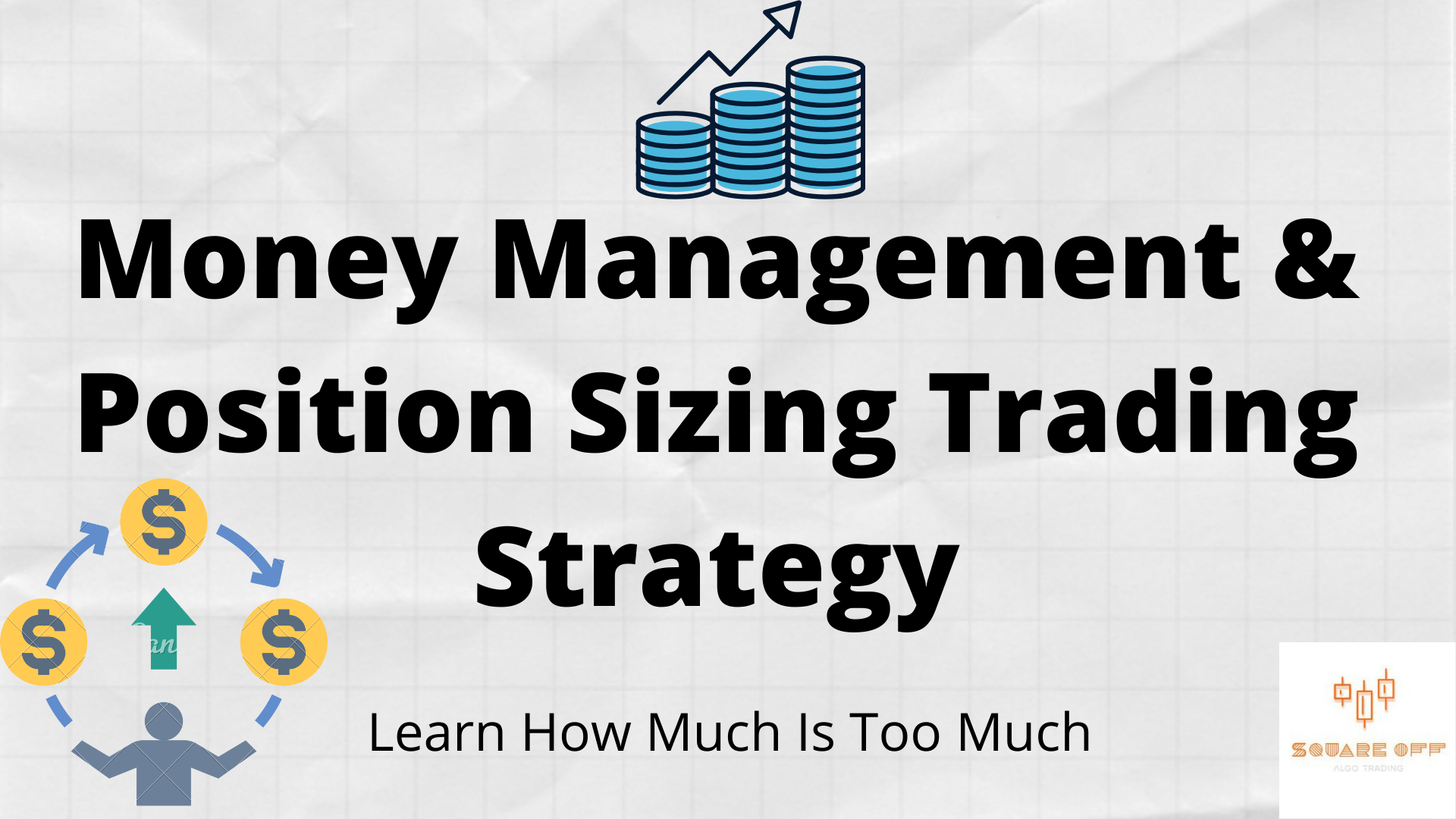 Many beginners give utmost importance to trading strategy but least bothered about position sizing. Knowing how much is too much in a trade? This information is very crucial which determines the long term success of a trader. Every professional trader who are successful in markets follows certain position sizing rules which not helps them to stay consistent, it also makes sail through drawdown phase much easier.

But there is this one type of investor despite losing 50% in PayTm he is calm and control, it doesn’t affect him much. Whereas there is other guy who lost his sleep investing his hard earned money in PayTm. We know that the stock lost 50% in short span of time, the out come is same for both investor but how come it doesn’t affect the first guy?

The answer lies in position sizing.

Whereas the Panic investor who wanted to make quick gains, thought that IPO investors lost money and stock trading at 1500 is attractive, so ended up investing 10 lacs in PayTm stock buying 667 shares, by now he lost almost 50% of his capital, from here the stock has to move more than 100% just to breakeven. He lost his sleep completely unable to decide whether he should buy more and average or book loss or wait for the stock come back to its entry price, so that he can exit without any loss.

The position sizing is not only important for investing, it is really important for short term trading as well. The no of shares/lot size we trade should vary based on the risk we take with every trade. When you are trading based on chart patterns, trend line, support & resistance your stop loss changes every time. Sometimes we use narrow stop loss, some times wide stop loss. But if you trade with same position size( no of shares), then it will affect your end result in the long run.

Consider the same PayTm stock, both type of traders entered the stock around 1500 expecting it to go up, used 1300 as stop loss. The calm trader decides that he wanted to risk 2% of his capital in this trade. He has 10 lacs capital, most traders simply divide 10 lacs by entry price to derive the no of shares they want to trade.

The Panic trader simply bought 667 shares, because with 10 lacs capital at the max he can buy 667 shares which he bought expecting stock to move up. But unfortunately it moved down and hit the stop loss. But he lost 13%. The outcome was same for both type of traders, but the end result varied because of the position sizing rules they followed.

Let us check a trading journal of a person who tries to risk fixed amount on every trade irrespective of the result. His capital is 1 lac and he wants to risk 10k on every trade, he don’t want to lose more than 10k in a trade. The below table shows what’s his capital, his risk amount on every trade, entry price of the stock, stop loss level for the trade, risk(entry price — stop loss price) and what was the actual exit price. No of shares is calculated based on risk amount divided by risk in a trade. In the first trade, risk is 116–92(entry — stop loss)= 24. To calculate no of shares, he just have to divide 10,000/24=417 shares. The exit price was 109 which we closed it by end of the day, as its intraday position it get closed by EOD, the stop loss was not hit, but still exit price was below entry price. So it resulted in loss of -2919. Like wise we repeat this for next 28 trades.

Now consider other trader, who also did the same trades, same entry price, same stop loss, same exit price. But instead of risking fixed 10k in a trade, he risked 2% of his capital and continued to compound. After 28 trades, he ended up losing only 6% of his capital whereas the other trader lost -31%. The major difference is when you are losing money, say if your capital came down to 90k from 100k, then when you are risking 2% per trade, your risk in a trade would have come down to 1800Rs from 2000Rs. As your capital reduces, your risk reduces. If profit increases, your risk amount also increases.

Consider the other type of trader who basically trades with full capital on each and every trade. If he taken the same trades as the other two traders above, by end of 4th trade he would have wiped out his entire capital.

Many traders are trading the 920 Short straddle strategy with Bank Nifty weekly options. Consider the below table, at times of volatile period like now ATM options are priced very high and it varies based on how far the expiry is. Usually at the start of expiry, that is on Friday its priced highest and then from Monday its gradually goes down. In the below table we mentioned ATM option premium, since we use 25% stop loss in every trade, we mentioned how much is 25% sl, next column is risk per trade, that 150*25(lot size)=3750, if both side stop loss is hit, then its 3750*2=7500. So 920 short straddle strategy when stop loss is hit on both sides on Monday, he loses 7500 per lot. Consider the trader has 10 lacs capital, if he trades 2 lacs per lot, he would end up taking 5 lots. So when stop loss is hit, his loss will be 7500 * 5 = 37500 which is 3.75% of his capital. Like wise if we do the calculation from Monday to Friday, it should our loss/risk varies from 1.8% to 4.05% based on the premium when we trade same 5 lots every day. So if all 5 days stop loss is hit on both sides, we end up losing -15.3% of our capital.

Instead if we cap the max risk as 2% of our capital per day and decide the no of lots accordingly, then the end result would change. In the above example, 2% of capital 10 lacs, is 20k. If both side SL is hit on Monday, we lose 7500. Divide 20,000/7500= 3 lots. So if we trade with 3 lots, even if stop loss is hit on both sides, we lose only 2% of our capital. Like wise the no of lots we trade every day changes based on the option premium. If premium is very high, we end up trading with lower lot size. On Thursdays, where premium is lower, we can trade with higher lot size. So in this example, if we consider all 5 days stop loss is hit on both sides, we will lose only -10% of our capital, since we are risking only 2% of our capital per day.

It doesn’t matter what type of trading strategy one follows, if you don’t follow the right position sizing rules it can break you easily and you will Never be able to come out of it. Lot of traders actually do their analysis right but they end up blowing their account not because their judgement was wrong, they simply didn’t know how much is too much.

Tags: how to manage your tradinghow to size your positionmoney managementposition sizingrisk management in trading