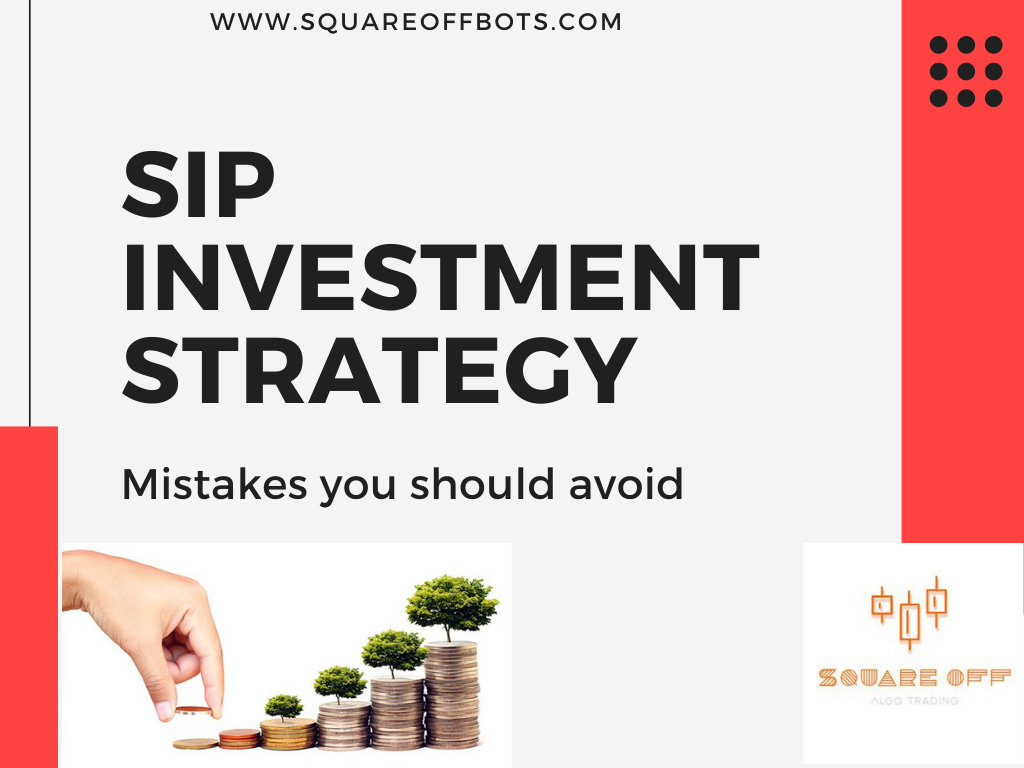 Do you know how much is the Asset under management of our mutual fund industry? It’s 38.89 Lakh Crore (INR 38.89Trillion) which is 14% of India’s GDP. Monthly SIP inflow in Indian mutual fund is more than Rs.11,500 crores. And this is expected to grow much higher in coming years since many young working professionals started with their SIP investments.

Here’s couple of important lesson you need to keep in mind before you start your SIP journey. Remember our parents who use to work with single organization for 30–40 years and retire with huge corpus. But in our generation, we can never imagine anyone staying in same organisation for 30+ years, we keep changing our employer every 2 to 3 years expecting salary hike and better roles. With every such hike, only loan EMI is getting increased not the savings, that’s where SIP would really help. We always think we do not have enough money to do SIP, we tend to postpone it often thinking we will do SIP once we make enough income. But that never happens.

It doesn’t matter whether you invest 1000 or 10,000, the sooner you start SIP investments better it is. Consider the below table, a 25 year old guy starts with Rs.10,000 monthly SIP for next 35 years. All he has to do is just increase the SIP amount 10% every year. With 14% average returns, if he continues this SIP investment for 35 years, then his fund value will be more than 18 Crores by the time he retires.

But like many others, if you hesitate to invest early and decides to finish all your commitments and then start your SIP investment, you will be in for rude shock. Check the below table, instead of starting your SIP at age 25, if you decide to start at 35 years of age and even if you double your SIP investment to Rs.20,000 per month, by the time you retire at the age of 60, your fund value would have grown only to 8.6 crores.

That’s the big advantage of starting early. No matter how small your SIP investment might look like now, just go with whatever amount you can afford to invest.

It is a real wealth destroyer when it comes to investing. Lot of mutual funds charge you a fee to handle your investment, this is what they call it as expense ratio. If you are already investing in a mutual fund, first thing you should check is what’s the expense ratio? It could really put a dent on your corpus. Many large fund houses still charge 2% to 3% as expense ratio, investors who are giving importance only based on fund house performance tend to miss out this expense ratio.

Consider the same SIP guy who accumulated 18 crores after doing SIP for 35 yeas, if he failed to notice the expense ratio, then his total corpus would have definitely be much lower.

No matter how talented your fund manager could be, statistically 85% of the fund houses across the globe fail to beat the index returns in the long run. By investing in mutual funds, only the fund houses become richer not the investors.

By sticking to index funds, the odds of making reasonable returns is lot higher than trying to invest in that hot star funds which are in lime light.

Story of a Millionaire Janitor:

The smart investing strategy a janitor used to build an $8 million portfolio, a gas station attendant Ronald Read who started investing in blue chip companies at his early age died at the age of 92, his family members were shocked when his lawyer revealed that he his portfolio’s worth is more $8 million. All he did was regularly invest few portion of his salary into quality stocks and hold them for years. This is a perfect example of how investment should be handled. Stock market is not for people who are looking for get rich quick, if investment is done rightly no other asset class could give you such high returns like equity.

The problem with stock investing is there is lot uncertainty involved. Listed below are the companies which were part of Sensex when it was first compiled. How many of them are still part of the index? As the year passes, with lot technology innovation many banks and transportation stocks gets replaced by IT and Tech stocks. The same Sensex 30 stocks 30 years before, won’t be part of index always. It keeps changing over time. In fact, many good companies can burst as well.

Every mutual fund houses use to invest in Yes Bank and DHFL, in fact it was part of top ten holdings of many fund houses. What happened when the scam broke out? DHFL gone bankrupt washing millions of investors hard earned money and Yes bank is still trading as penny stock. Imagine if a person invested all his savings in few companies like this? His entire wealth would have eroded.

With Russia and Ukraine war intensives each day, many investors are worried on what would happen if such things happen to India? Forget about Ukraine, where their citizens lost everything but even Russia which is in strong foot is getting affected, In a matter of few days, Russian stock market crashed more than 70%. You will not even get time to think what needs to be done in such situations, worst part is stock market is closed where you will not even be able to liquidate your holdings.

But the world has seen already two World Wars before, lets find out how US Dow Jones market behaved during the last 100 years. During the world war 1 between 1914 to 1919 Dow Jones crashed more than 50% two times, initially it crashed then recovered completely and again crashed 50% when the world war was about to end. But what happened after the war ends was phenomenal growth, due to catastrophic destruction many countries which were involved in war has to rebuild their infrastructure which lead to industrial revolution that helped lot of companies revenue grow multi fold. After the world war 1, Dow Jones witnessed a 500% up move in next ten years.

Boom period was busted in 1929 through Great Depression which was much worse than World War 1, because Dow Jones witnessed a staggering 89.2% drawdown during this phase. It was period of extreme pessimism which lasted till 1945 when world war 2 ended. If you really want to learn about investor behaviour , how economy was during such time then you should read this amazing book “The Great Depression by Benjamin Roth” which is a compilation of diary from Benjamin who meticulously tracked Great Depression and market eventually bounced back and how many of his clients made a big fortune by investing during such adverse times.

imagine for a second, we are doing SIP for our children , our retirement imagine losing 90% of its value inspite of holding 10+ years? Anything is possible in markets. But again the boom period started, where market rallied 500% from 1949 which was followed by years of consolidation without any movement on either side until Vietnam war was over. After that Dow Jones moved staggering 1450% in next 20 years.

So if we observe closely, in last 100 years we have seen three wars, multiple recessions, a Great Depression , terror attacks. Inspite of all this, Index kept moving up over the years.

By doing SIP in Index ETFs like Nifty bees and Junior bees, we can make on an average 14% returns in the long run. Also expense ratio is as little as 0.05% which lot lesser than traditional mutual funds. With 14% average returns, if one continues his SIP investment for 35 years, then his fund value will be more than 18 Crores by the time he retires.

Is there anyway to gain more? What if I tell you that you can make more than 200 Crores in 35 years just by investing same Rs.10,000 SIP. Is it really possible? Yes, possible if we can make 24% returns. But how can we make such high returns?

Even SBI Small cap mutual fund has generated annual returns of 26% since inception. I have considered the below rule.

By following this SIP Investment strategy, we are able to generate 24.7% average annual returns which beats the small index returns also able to generate on par small cap mutual funds returns without much expense.

Coffee Can Investing: The Low Risk Road to Stupendous Wealth

₹499.00 ₹324.00 (as of November 29, 2022 - More infoProduct prices and availability are accurate as of the date/time indicated and are subject to change. Any price and availability information displayed on [relevant Amazon Site(s), as applicable] at the time of purchase will apply to the purchase of this product.)

(852)
₹845.00 ₹620.00 (as of November 29, 2022 - More infoProduct prices and availability are accurate as of the date/time indicated and are subject to change. Any price and availability information displayed on [relevant Amazon Site(s), as applicable] at the time of purchase will apply to the purchase of this product.)

What Every Indian Should Know Before Investing 5Th Ed

(67)
₹399.00 ₹339.00
Investments
(as of November 29, 2022 - More infoProduct prices and availability are accurate as of the date/time indicated and are subject to change. Any price and availability information displayed on [relevant Amazon Site(s), as applicable] at the time of purchase will apply to the purchase of this product.)