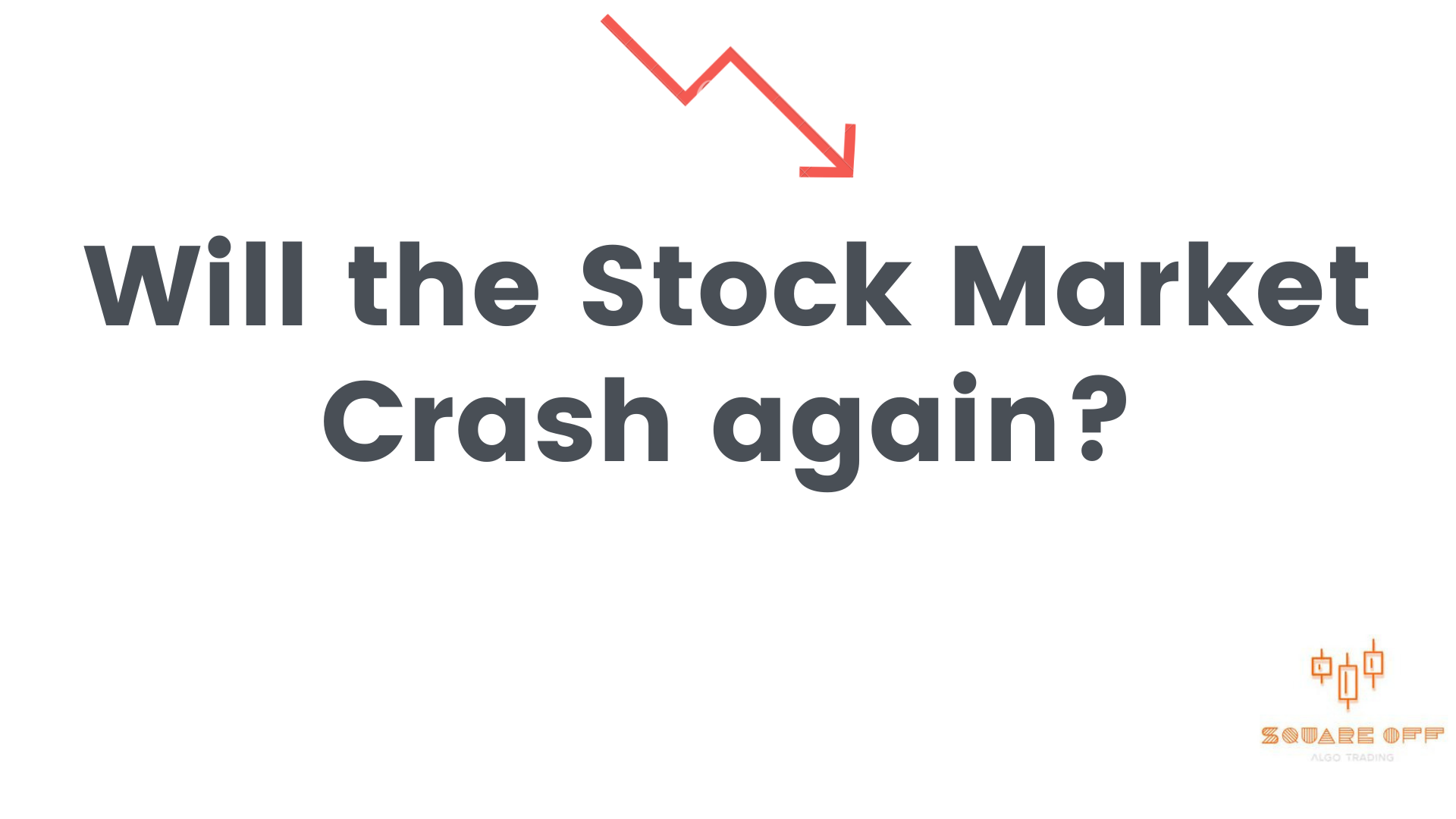 This Year has been disastrous for many asset classes, the world economy is at 40 year high inflation. Emerging markets like Sri Lanka is in middle of collapse, which is facing severe depression. World Bank has predicted 70 more countries might default in coming years. With so many negative news, from equity to bitcoin every asset class facing severe sell off across the globe, is Indian stock market headed for a crash again in 2022?

Let’s analyse in detail about Stock market crash. All risky assets across the globe would face severe selling pressure when there is a threat to economy that can slowdown the growth. Everyone is currently talking about Inflation, rise in oil prices, Russian-Ukraine war and frequent lockdowns in China which is disrupting the supply chain. These are some of the major threats which could slowdown the world economy. But will these cause a stock market crash? No!

Morgan Housel, author of The Psychology of Money was once asked in an interview about which factor causes stock market crashes historically, he responded back

If you look at the history, the ones that looked big like Russian war or Inflation or any other economic factors do not cause a crash, the one which surprises the most are the dangerous one. COVID-19 no one in the world expected such a pandemic in the modern world, no one thought we would get locked down, entire world would get shut. This is mother of all surprises, no one was prepared for it. Hence, the market crashed more than 30% in short span of time.

Similarly 2008 Global Financial Crisis, none of the large institutions were prepared for it, they never though mortgage crisis could cause such a severe damage to the economy. The whole world collapsed when Lehman Brothers couldn’t find a buyer at the last minute to buy them out.

9/11 Attack — No one on earth would have thought such a terrorist attack would be possible on one of most powerful country in the world. Market tanked and it was shut down for weeks when the plane hit the twin towers. The peal harbour attack which eventually triggered the world war. All these events were totally unpredictable and we were never prepared for such instances, these things cause extreme panic and that’s when crash happens.

What we are going through currently could be a healthy corrections after witnessing a stellar rally post covid. Extreme valuations among tech companies that was a severe concern among value investors. Or it could be the beginning of something we aren’t aware of yet. No one could predict for sure. As they say

Risk is what is leftover, when you think you have thought of everything.

Lets’ look at the historical data analysis of S&P 500 index. From 1957 to 2017, it made 200 times returns. But if we dig deep, we can see the market has gone through lot of intermittent corrections. There were multiple times S&P 500 corrected 5% from All time high, 10% drawdown was also relatively high and there were more than 8 instances market corrected more than 20%. Inspite of all that, only direction that it went in the long run is upside. When you are staying invested for a long period, your risk factor goes down to a greater extent.

There was an interesting quantitative study made Nick Maggiulli author of “Just Keep Buying”. With 100 years of historical Dow Jones data, if you had invested at any of the all time high period, the next one year returns to be around 9.6%.

Whereas if you have invested in Dow Jones after a 10% fall from its all time, then the next one year average returns was just 5.5%.

It gives us a conclusion that when there is a good momentum in market on the upside, it continues to move up even if the valuations were stretched, it ended up giving positive returns in the following year after investing at an all time high period. Whereas once downward momentum kicks in, it might not stop at 10% drawdown, the market might continue to slide. A 10% drawdown might end up in a 50% drawdown as well when things gets worse. So the average returns goes down in the following year when you invest at a 10% drawdown.

But these were some of the most significant crashes we have seen in the past. Since 1995, there have been 17 separate 10% declines in the Nifty. So number of times we have seen such a broader market correction of more than 10% is very normal that happens very frequently when the valuations are stretched too much.

What happens after these down move? On every single instances after such a sharp sell off, market rallied significantly in the following years. After global financial crisis in 2008, market rallied more than 121% in the next year. That was followed by another 100% up move. Post demonetisation in 2016, market again rallied 75%. Then after 2020 march Corona crash, marked rallied 107% in the following year.

As an investor there is no way we can avoid such down turn, but we can control the damage to a greater extent by diversifying with multiple stocks instead of betting on one or two stocks. If you can diversify your portfolio with 5 stocks, then you are reducing the standard deviation of your portfolio to 50%. Your volatility will drop form 49.2 to 25.3 The more diversified stocks you have in your portfolio lesser the volatility will be. And lesser the volatility, you tend to panic less and hence you will stick to your investments and sail through drawdown phase easily.

There was a similar study done by Nick with Dow Jones with 100 years of data, even US market recorded the highest ever absolute returns in year 2020, which was greater than 1929 Great Depression.

Where we are now?

We are no where near any such extreme volatile end. In fact, the extreme movements in markets is getting narrower each month. Probably we might slowly start up move in the coming months since most of highly valued stocks have corrected significantly in recent past. We aren’t falling much compared to US markets like Nasdaq is mainly because they are filled with many tech companies, our indices aren’t filled with such companies. Companies like TCS, INFOSYS, WIPRO, HCL are extremely cash rich companies and very stable. That’s why our indices has corrected only 10% whereas NASDAQ corrected 30%.

Only thing that could save us from such extreme down move is to keep a diversified portfolio that can bring down volatility to the greater extent. No matter what kind of corrections happens in the market, it always tends to move up in the long run. As they say, this too shall pass.

3 comments on “Will the Stock Market Crash again?”

Coffee Can Investing: The Low-Risk Road

(4067)
₹499.00 ₹294.00 (as of February 4, 2023 - More infoProduct prices and availability are accurate as of the date/time indicated and are subject to change. Any price and availability information displayed on [relevant Amazon Site(s), as applicable] at the time of purchase will apply to the purchase of this product.)

What Every Indian Should Know Before Investing 5Th Ed

₹499.00 ₹350.00
Investments
(as of February 4, 2023 - More infoProduct prices and availability are accurate as of the date/time indicated and are subject to change. Any price and availability information displayed on [relevant Amazon Site(s), as applicable] at the time of purchase will apply to the purchase of this product.)

(23)
₹3,990.00 ₹1,490.00 (as of February 4, 2023 - More infoProduct prices and availability are accurate as of the date/time indicated and are subject to change. Any price and availability information displayed on [relevant Amazon Site(s), as applicable] at the time of purchase will apply to the purchase of this product.)