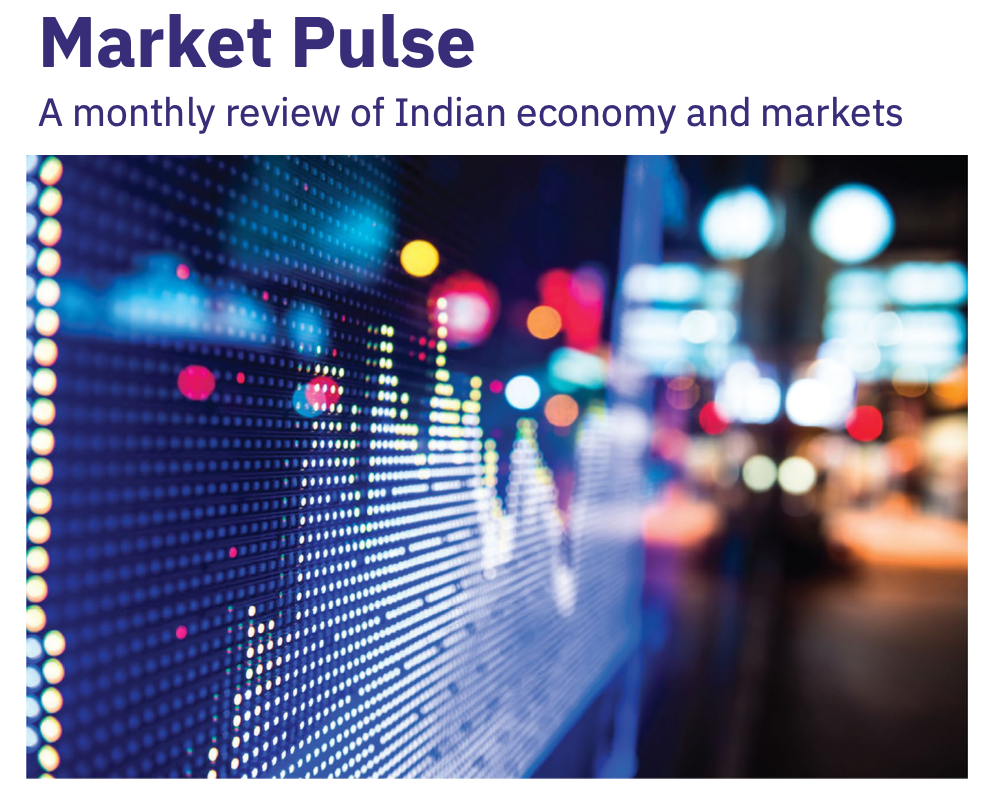 NSE publishes market pulse data every month that gives a larger picture of major developments in Indian economy and financial markets. Every important details with respect to Indian markets and global financial markets gets published, if you just follow all the important information in the article you would be able to understand what’s really happening around you. News and Media always instill fear among viewers, exaggerating what’s happening around us, but if we just focus on data we will really understand if its terrible or not. But reading 250-page publication is really hard, that’s why I have note down some of the most important information which is useful for common investors like you and me.

If there is one key word that has been repeated several times in recent past is high inflation which is not only affecting Indian economy, it’s evident with other countries as well. Central govt across the world usually hike interest rate to contain inflation. Here’s how Interest Rates Affect the Stock Market. When a rate hike happens, it elevates the borrowing cost for individuals and companies as well. For a normal people like you and me, how does it affect? Most of us would have taken home loans with a floating interest rate, say you are paying an EMI of 25,000 a month, now due to higher interest either you can EMI amount will increase or your loan tenure increases, so we end up with less disposable income, due to which we spend less which eventually affects the economy, and thus it affects the profitability of companies which in turn gets reflected in their share price.

FII ownership with Indian listed companies is currently at 9 years low. FII ownership in the NSE-listed space saw a gradual increase between 2002 and 2015. Due to negative global cues including rising inflationary pressures and consequent monetary tightening by key global central banks including the US Fed and UK Bank of England, negative developments in China, and more recently intensifying geopolitical tensions between Russia and Ukraine made FII to withdraw from emerging markets. FII turned big sellers in FY22, translating into record annual net outflows of US$18bn in FY22.

A sharp market crash in March 2020 after the onset of COVID-19 pandemic lured retail investors into trading in equity markets, Inflows in last two years could be attributed to increased interest in retail investors who stayed or worked from home during the COVID-19 pandemic, over 30 million new accounts were opened in just last one year. If you observe closely, no of YouTube channels catering to Indian stock market has risen phenomenally, which in turn brings a lot of investors to Indian markets.

Rapid and sharp spikes in inflation to multi-decadal highs prompted the US Federal Reserve to fasten the pace of rate hike. Fed tightening, coupled with an uncertain geopolitical environment, triggered a massive risk-off environment globally, leading to flight of capital from riskier asset classes such as emerging markets, debt as well as equity, to safe-haven assets such as US Dollar and gold. Almost all large Asian economies, except Malaysia, Indonesia, and Thailand, saw foreign capital outflows from their respective equity markets over the last few months, led by Japan, Taiwan, South Korea, and India.

The prevalent global risk-off environment would continue to keep FIIs on side-lines as far as Indian equities are concerned, further weighed down by weakening growth outlook. Indian debt may also see significant selling pressure over the coming months, thereby creating a depreciating bias on the INR.

No of investors opting for SIP route has grown significantly. The SIP inflows is beating the previous all-time high of Rs 115bn as seen in January 2022. This translates into average monthly inflows of Rs104bn during FY22.

From the above NSE report it is clearly evident that Indian market is expected to face corrections due to FII’s selling pressure, this downside move may continue in the coming months as well. Since FII’s are not only selling in India, they are pulling out money from many emerging markets. However, with tons of money coming into Indian markets trough domestic mutual funds, we can see a lot of buying activity from DII going forward once the FII’s selling pressure goes down. With rise in interest rate financial sector stocks will be heavily affected to higher growing cost, it’s wise to avoid these stocks until dust settles but 120 Billion Rupees a month from SIP is a huge sum of money chasing, so fund managers will be forced to chase few quality stocks. Over all, the market may witness selling pressure, but we can expect stock specific moves going forward.

Coffee Can Investing: The Low Risk Road to Stupendous Wealth

(3162)
₹499.00 ₹331.00 (as of May 19, 2022 - More infoProduct prices and availability are accurate as of the date/time indicated and are subject to change. Any price and availability information displayed on [relevant Amazon Site(s), as applicable] at the time of purchase will apply to the purchase of this product.)

(33128)
₹899.00 ₹479.00
Language Published: English Binding: Paper Back Compact for travelling
(as of May 19, 2022 - More infoProduct prices and availability are accurate as of the date/time indicated and are subject to change. Any price and availability information displayed on [relevant Amazon Site(s), as applicable] at the time of purchase will apply to the purchase of this product.)

What Every Indian Should Know Before Investing : Edition 2022

(14)
₹450.00 ₹357.00
Investments
(as of May 19, 2022 - More infoProduct prices and availability are accurate as of the date/time indicated and are subject to change. Any price and availability information displayed on [relevant Amazon Site(s), as applicable] at the time of purchase will apply to the purchase of this product.)