If you really want to improve your trading result, follow this one simple approach which can immediately show you the reason why you weren’t able to make profits in the stock market. Go to your broker’s backend portal and try to retrieve you last six months’ trade PnL report and check the results trade wise.

And this is the case with most of the successful trend following traders. They aren’t bothered much about each trading outcome, they believe in the law of large numbers, so they keep taking every trade as per their system. Even if there is a continues losing streaks, they won’t be bothered about it, even though their profit/loss is not evenly distributed, they don’t lose big. They continue to bet small expecting to win big. Those big winners come once in a while, but that will make up their entire profits.

Let’s look at the most successful Indian Stock market Billionaire investor Rakesh Jhunjhunwala’s portfolio, even though he holds many stocks, Titan and Escorts contributes 80% of the wealth he generated.

Even if we look at the Nifty 50 stocks, listed below 10 stocks decides the movement of Nifty, the rest of the 40 stocks doesn’t play any vital role. However only these 20% of the entire Nifty 50 decides where Nifty should move. So the 80% of Indian Stock market movement is decided by 20% of stocks.

This is what you call it as Pareto principle, that is being applied vastly in many businesses. Consider ITC, where does major revenue come from? In cigarettes, their 80% of the revenue comes from less than 20% of their business. 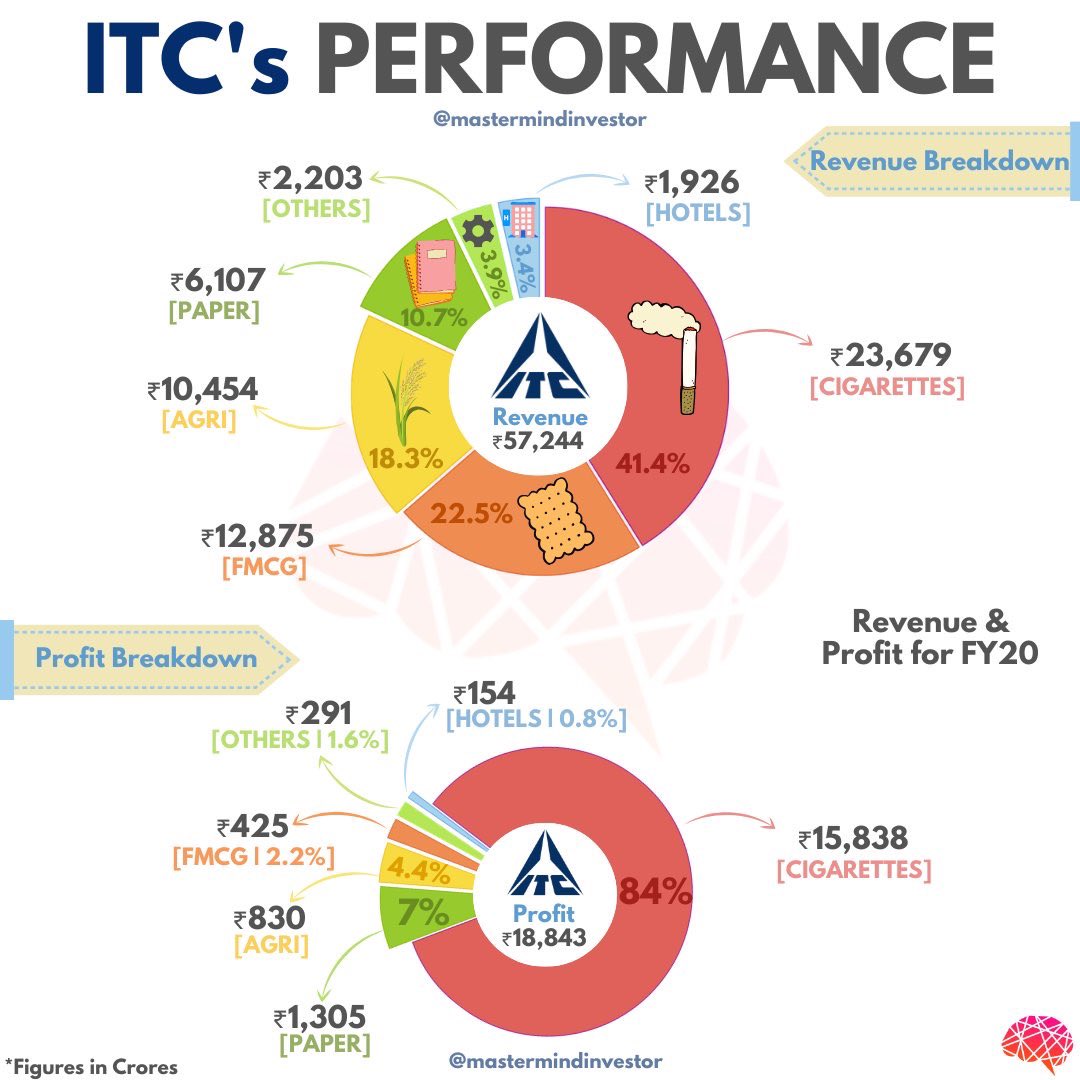 Even if you look back and check your career, you are now where you are, which was mainly determined by a few important decisions that you took over the years. Those 20% of the decisions you made determined or contributed to 80% of your success.

Trading also works on a similar principle, the reasons many traders quit is because of repeated losses. But this is absolute normal, 80% of all your profits comes from less than 20% of trades. Let me explain with real time example, Golden Ratio Bank Nifty strategy which is one of the top performing Square off trading bots that made 240%+ returns so far in last one year. The outlook may look smooth and easy, but if we dig deep we will know the real picture behind such outstanding returns.

The Golden Ratio strategy has been tested with last 10 years data, this is how the PnL looks like in terms of Bank Nifty points. As you can see, the max loss was between -100 to -300, but the profit points it made was from 100 points to as high as 2000 points. As we discussed earlier, this is the perfect example of cutting your losses and riding your winners. If you keep a fixed target and trade a trend following or breakout trading system you are not going to make large wins and those large wins are essential to compensate for the regular small losses we make. That’s why we never recommend fixed targets.

If I try to sort the results based on profits, I can know what are the list of trades which has made huge gains. The Highest profits came during last year due to corona pandemic crash, followed by a list of other huge gains. In the last ten years, this strategy has generated 1200 trades with total BNF points of 43,350. Now if I calculate how much profit was generated from this top 20% trades, its whopping 71,000 points. If we remove this top 20% results, we will end up in net loss.

But is there a way to capture only those top 20% trades? No way, we can never know what’s going to happen with our next trade. Predicting the trading outcome is a waste of time, no one can predict stock market movement. The only way is to accept that each trading outcome is random in nature, as per the Pareto principle once you follow a trend following or breakout trading system or even if its long term investing, once in a while you are going to make very big profits, but in order to make such big profits we should be ready to take every single trade without worrying too much about the outcome. Eventually over the long run you are going to be profitable.

(11997)
₹209.00 (as of May 19, 2022 - More infoProduct prices and availability are accurate as of the date/time indicated and are subject to change. Any price and availability information displayed on [relevant Amazon Site(s), as applicable] at the time of purchase will apply to the purchase of this product.)

(4154)
₹399.00
Paul Asset
(as of May 19, 2022 - More infoProduct prices and availability are accurate as of the date/time indicated and are subject to change. Any price and availability information displayed on [relevant Amazon Site(s), as applicable] at the time of purchase will apply to the purchase of this product.)

(981)
₹299.00 ₹250.00 (as of May 19, 2022 - More infoProduct prices and availability are accurate as of the date/time indicated and are subject to change. Any price and availability information displayed on [relevant Amazon Site(s), as applicable] at the time of purchase will apply to the purchase of this product.)