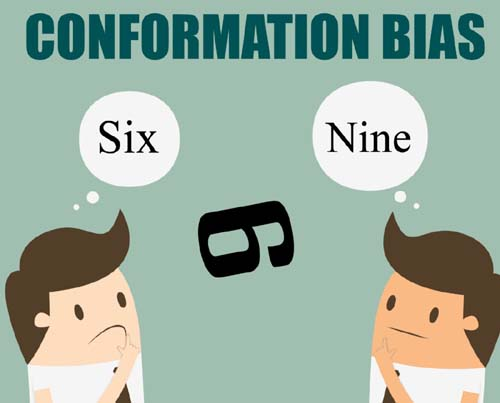 If you are someone who spends more time on analyzing markets during trading, then this for you. As a trader we constantly think about various setups and look for the right time to get into a trade.

Certain traders will create their own bullish or bearish view in their mind but seek confirmation for their trades which is called as confirmation bias. 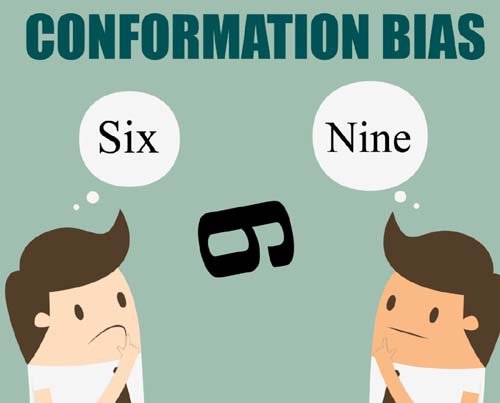 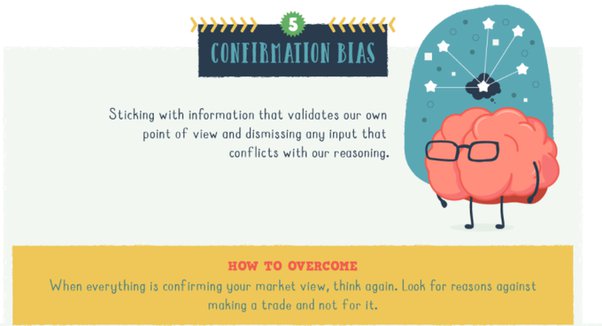 One more bearish bar follows, pushing against a support level. But you would think “the support level is holding” Bullishness confirmed. Buy more! (even though this bar closed below the support level with clear momentum). Because we are looking for confirmation, we lose sight of what the market is showing us. When you think that everything is confirming your market view, think again, look for reasons against taking a trade and not for it. You need to adapt to market movements.

Post Trade– After getting into a trade, we tend to rationalize and prove that our trade is right. The reason is we tend to spend a significant amount of time and effort to research before placing a trade. Hence, we do not want to admit that we placed the trade in bad judgment.

You waited patiently and observed intently. You refrained from taking sub-optimal trades, waiting for the one perfect trade that would make your day. It arrived, and you took it without hesitation. But after getting into the position, post-purchase rationalization crept in. You placed considerable effort into finding this one good trade. Hence, you refused to accept that it might be a losing trade. Thus, you rationalized that the position was still good despite several warning signs. As a result, you gave up chances to exit with a small gain.

The market plummeted, and a small gain became a substantial loss. Don’t try to rationalize your trade while you are in it. You should have already justified your trade before you enter. This why they say, “plan your trade and trade your plan”.

And there is this, another set of traders. We take certain trades because everyone else seems to be doing it, even when there are no good reasons for doing so. Example – You heard everyone saying that the bull market will stop soon. The news, gurus, and forums are all bursting with negativity. You looked at your charts with your technical analysis tools and found nothing bearish. You looked at more charts and found some bullish clues. 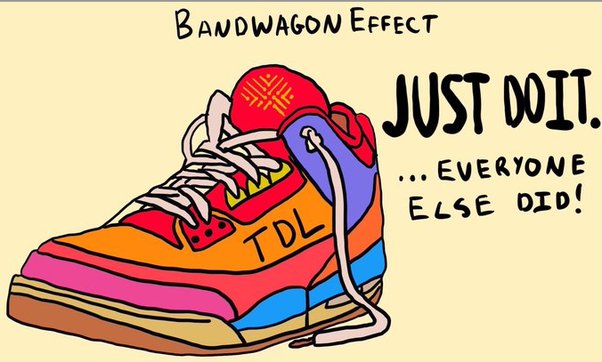 But because everyone was saying that the bull market would come to an end, you sold all your long positions. whether Market continued to rise or fall. You have already succumbed to the bandwagon bias because you follow the herd instead of your analysis. The best traders are often lonely, because they listen to their own analysis, and ignore the voices of the masses. But don’t adopt a contrarian mindset and always go against the herd.

They might be right, or wrong. But you are probably wrong when you think that something is right only because everyone seems to say so. 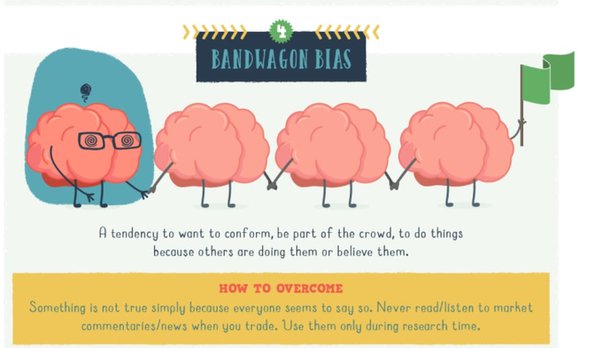 These are some of the items I read somewhere & wanted to share here, these psychological aspects always plays in your mind when you are trading. If you handle it well, half the battle is won.