Let’s analyse the rise and fall of the Yes Bank stock price.

Since 2005 to 2018 Aug, Yes Bank stock was favorite among retail investors and even large fund houses. Every mutual funds were having large holdings of Yes Bank.

But inspite of stock falling from 400 to 35, 90% why still so many investors have hope on Yes Bank that it will come up again? Mainly, because historically Yes Bank has gone down many times and it has come up and made new high. So people believe its going to happen again.

During the 2008 global financial crisis, Yes Bank corrected almost -85% in 2008. But within next few months it not only gained what it has lost, but also moved up much higher and made significant profits for share holders. Remember, during this period almost all stocks tanked in 2008 and rebounded in 2009 globally.

Again in 2013, the stock corrected -60%, in less than 3 months, again the stock bounced back and made new high.

But in 2018 September, the mother of all crashes came in. The stock plummeted more than -42% in single day and lost more than -60% in months time. Such a huge drop in stock price with a big stock like Yes Bank doesn’t happen so easily, unless and until every large fund houses rush to exit from it.

When these fund houses who handle 1000’s of crores were so mad to exit the stock even with accepting huge losses, the retail investors aren’t ready to exit when stock moved down to 180 levels. Who have the best resources to know more about a company? A retail investor with few thousands in hand ? or These large fund houses that handles millions of dollars?

The moment they see a smoke, fund houses will exit from the stock, even if there is no fire.

Remember, any stock that falls like a stone in single day has never got back up historically. I have shared the analysis in another answer here Kirubakaran Rajendran’s answer to Is it a right time to buy DHFL share as it cracked almost 40+%. What are the reasons for its fall and the reasons to buy or not?

These were some of the stocks that faced largest fall in single day, all are either penny stock now or not traded at all.

All the previous falls we see in Yes Bank from 2005 to 2017, were just normal price corrections, but what we saw in Sept 2018 is not a normal price swing. So the chance for Yes Bank to go back to its previous levels are very minimal as per historical price data analysis. 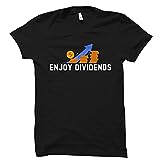 ₹999.00 ₹550.00
Fabric: 100% Cotton Style: Regular Neck Style: Round Neck Pattern: Printed Wash Care: Machine Wash
(as of November 28, 2022 - More infoProduct prices and availability are accurate as of the date/time indicated and are subject to change. Any price and availability information displayed on [relevant Amazon Site(s), as applicable] at the time of purchase will apply to the purchase of this product.) 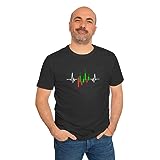 (5)
₹1,099.00 ₹699.00
Fabric: Our t-shirts are made from 100% cotton Bio-washed fabric which is pre-shrunk and are soft & smooth with a high thread-count. They are comfortable and highly rugged. Size Guide: S(38"), M(40"), L(42"), XL(44") & XXL(46") Premium Prints: Using ... read more
(as of November 28, 2022 - More infoProduct prices and availability are accurate as of the date/time indicated and are subject to change. Any price and availability information displayed on [relevant Amazon Site(s), as applicable] at the time of purchase will apply to the purchase of this product.) 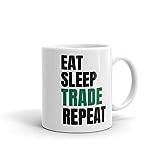 (26)
₹999.00 ₹289.00
DESIGNED TO DELIGHT - Enjoy your morning dose of caffeine with funny design ! This Stock Market Edition coffee mug is the perfect to kick start your day with positive vibes SUPERIOR QUALITY - Made from the highest-standard glossy ceramic for outstand... read more
(as of November 28, 2022 - More infoProduct prices and availability are accurate as of the date/time indicated and are subject to change. Any price and availability information displayed on [relevant Amazon Site(s), as applicable] at the time of purchase will apply to the purchase of this product.)