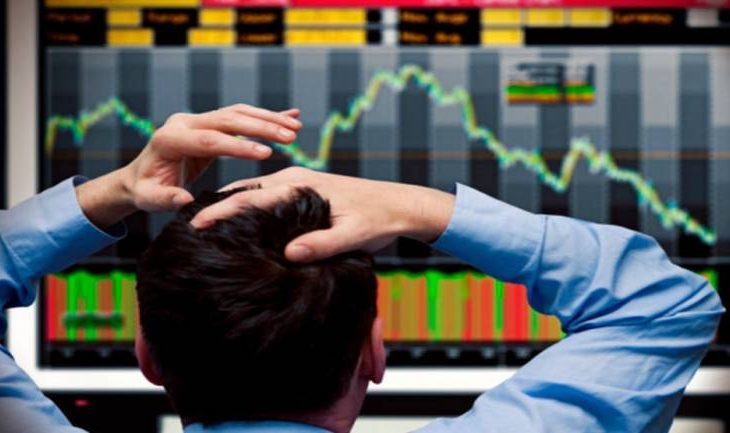 Every trader who get started with trading are discretionary traders. They try to trade based on how they feel about the markets, they see how market behaved in recent past, like how it moved in last one week. If market moved up in last one month and suddenly if it starts dropping, they tend to think its currently trading at cheaper price and they buy into it only to regret later when market keeps falling every day.

I started as a discretionary trader and later to moved to system based trader. Its not about the profits, its more about how comfortable I am with system based trading. When you are trading based on certain rules, it gives you lot of freedom. Your mind doesn’t constantly think what’s next? You clearly know when to enter, where to exit, what should be your stop loss before even you get into that trade, how much is too much(position sizing). Everything is in your control.

But when you are trading based on discretionary, you always feel that you are under market control. Its been a long time I took a trade based on discretionary, recently I wanted to try it out to know how it feels. So I took this long trade in Bank Nifty futures on 10th Nov 2021. Market was in correction mode, where it fell from 41800 levels to 39000 level.

As a discretionary trader, my analysis said that since Sep 2021, market rallied really well from 37000 to almost 42000 levels, that’s a 5000 point rally. Now market cooled off and gave a good correction of 3000 points, so when its trading near 39000 levels, I thought its good to buy. So I went long with Bank Nifty futures around 39150 and then I thought instead of keeping 50 points or 100 points fixed stop loss, let us check where its next support is at, which is 38500 and decided to keep my stop loss there.

But deep in my mind, I was convinced that market is going to bounce back. So only thought that was in my mind was, should i exit when Bank Nifty hits all time high around 42000 or should wait more and make even more profits. Never thought market might come down near to my stop loss level.

Market always surprises you. The day after market gap down and trading below my stop loss level of 38500. Now I have two choice, accept the stop loss and get out or buy more and average it out. I decided to do the latter. Now a new kind of analysis came to my mind. If i can buy at 39150 with conviction, then I should be able to buy more at 38500 instead of getting out. Because market might bounce back anytime soon. Why should I exit now and lose the opportunity.

So I bought one more lot around 38500 which was my old stop loss level. I ignored my stop loss, because i thought market has provided me an opportunity to add more at lower levels. But after I bought, market rallied and it moved back to 39000 levels. This increased my conviction and told myself “See, how genius I am” If i had followed my stop loss and exited at 38500, I would have made loss. Instead by adding one more lot, I was able to average down my buy price and able to make good profits. Still I do not want to exit, because the initial thought that i had in my mind, which is exiting the trade at higher levels of 42000, stayed in my mind. So I decided to hold it. Probably I should follow my gut feeling more in coming days. This is what was going on my mind.

But again market started drifting lower day after, from 16th Nov 2021. Bank Nifty fell more than 500 points and again came back to 38500 levels. Market kept on proving you that you are wrong and the trend is bearish but I kept on ignoring it. Because I trade based on what I feel about the markets, its all about your belief. So you in your mind feel market would reverse. So I wanted a confirmation from other experts. What people are thinking about Bank Nifty, usually we check in twitter. And your eyes will only look for people who are shouting out “buy, buy, buy” Because you went long and you tend to feel bit relaxed when others also bullish. There will be other set of traders who thinks market is bearish, trend is down. But our mind will ignore them and think they are wrong.

Now after checking what other people are thinking, am convinced that market can bounce back anytime, as its trading near very strong support zone of 38000. So I added one more lot again around 38000. The stop loss I had in my mind when i took the trade earlier was gone now. Because now my conviction is even more stronger than before, since many banking stocks corrected, market also corrected 4000 points from recent peak. It cant go down any further.

Again market keeps surprising you. Currently market broke its support zone of 38000 and trading much lower and my losses kept on increasing. As a normal discretionary trader, this is where most beginners get stuck in.

They initially start their trade with one analysis, as the market keeps moving their decision keeps changing. We cant stick to the trade, our mind would not allow us to take that loss. So you are always in a hope that market would reverse. But it wont happen, until you give up. The moment you decide “oh! this is enough let me accept the loss and move on”, it will be too late. You will lose considerable capital and might take a long time for you to come back.

So when we trade without a rule based system,

Whereas when am trading based on certain rules,

So you need to decide what kind of person you are. If you are very disciplined and you can control your emotions when trade goes against you, and you really know how market is going to behave and think you can handle discretionary trading with ease, then go for it. Or else rule based trading is the only savior in markets to avoid any irrational decision that you might take.

3 comments on “Why Discretionary Trading is hard?”