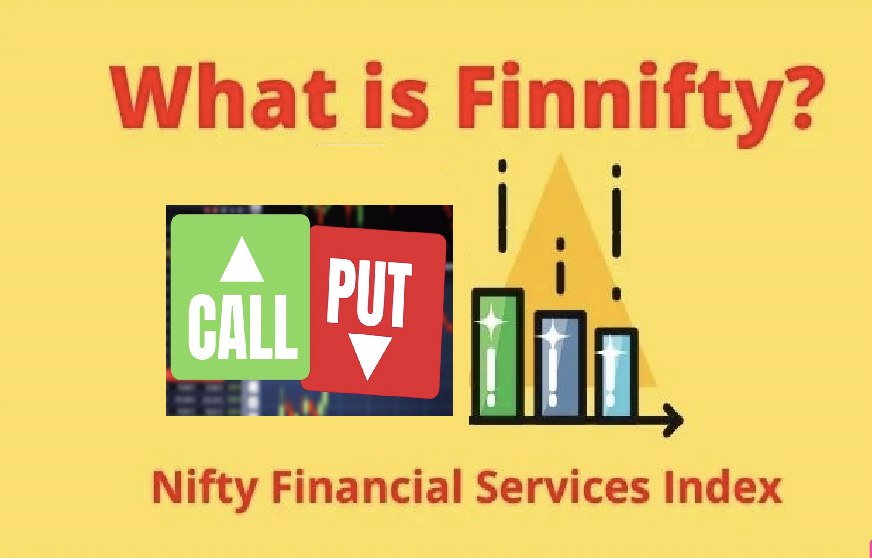 Nifty Financial Services Index includes stocks from Banks, housing finance, NBFCs, Insurance and other financial services. But more than 60% of weightage goes to banking stocks whereas with Bank Nifty 100% of stocks belongs to banking category.

These are the top 10 stocks that decides the direction of FinNifty.

Trading with FinNifty manually is very hard. You definitely have to be in front of system, because option premium spikes like anything. Due to illiquid option volumes, many brokers blocked market order and MIS order type. So you have enter and exit based on limit orders and order type can only be NRML. Anyways, there is no big difference in margin between MIS and NRML now.

Currently the lot size is 40 and quantity freeze limit with FinNifty is 2800 which is 70 lots, at a time you can trade with 70 lots, if you want to trade with higher quantity than this you need to use iceberg order types and this max freeze limit keep changing based on movement in index level.

Currently the approx margin requirement to trade a short strangle/straddle is around 1.10 lac, whereas with Bank Nifty its around 1.8 lacs to 2 lacs approx. But if you try to add hedge for margin benefit, then it can help you in reducing the margin to a greater extent, from 1.08 lacs, margin came down to 68k after adding otm options as hedge.

I started live trading with FinNifty using my algorithm from last month onwards, initially tested with 10 lacs and made returns of just 0.37%

Then next expiry increased the capital to 20 lacs and traded FinNifty short strangle with automated adjustments, ended up with 0.75% returns.

Previous expiry with FinNifty was really wild, I increased my capital from 20 lacs to 30 lacs this time and it was in profits until 1pm, but then FinNifty index started going down rapidly erasing most of the profits. But still the trading bot I deployed with my account was able to adjust the positions very well.

Finally ended the last expiry flat with just -0.1% loss. Meanwhile the execution was super smooth as I included multiple conditions in executions, since market orders are not allowed, I use limit modifier functionality where initially I enter using limit order and if that is not filled, then the order gets modified automatically after n seconds based on market depth window it changes the price and places new order. This way we are relatively safer when price jumps and doesn’t get filled.

The Auto Adjustment Strangle trading system Ended with decent returns of around 0.6%

Trading strangles is relatively safer than trading straddles with FinNifty, if you observe all the trades I did so far, its always short strangle, I never did short straddle with FinNifty and never used any stop loss for my exits, I always adjust positions based on market movements. Let me show you how wild FinNifty can be if you use fixed stop loss and trade it.

Today (12–7–22) 16200 PE was trading between 25 to 35 for a long time in the first half of the day, and then post 2pm it decayed completely and was trading around 0.75 paise only. Then with in next few minutes it shot up to 9 Rs. that’s 1100% increase in price, image if someone shorted the strike around few rupees and if used a fixed stop loss, then definitely with this kind of jump, it would have not filled, obviously you end up covering at a much higher price. but eventually the price came back down and closed at zero. This is how FinNifty can be extremely volatile if traded manually.

So if you decide to trade FinNifty weekly options, its better to trade only on expiry days. I would recommend you to trade through algo than trading manually, or else you need to sit in front of the system 9 to 3pm to manage your trades with FinNifty, which I really hate, I don’t want to waste my time monitoring charts throughout the day, you can initially trade with few lots and get used to the fluctuations of FinNifty first and then slowly scale up.

The Wolf of Wall Street

(514)
(as of August 13, 2022 - More infoProduct prices and availability are accurate as of the date/time indicated and are subject to change. Any price and availability information displayed on [relevant Amazon Site(s), as applicable] at the time of purchase will apply to the purchase of this product.)

(78)
(as of August 13, 2022 - More infoProduct prices and availability are accurate as of the date/time indicated and are subject to change. Any price and availability information displayed on [relevant Amazon Site(s), as applicable] at the time of purchase will apply to the purchase of this product.)

(as of August 13, 2022 - More infoProduct prices and availability are accurate as of the date/time indicated and are subject to change. Any price and availability information displayed on [relevant Amazon Site(s), as applicable] at the time of purchase will apply to the purchase of this product.)

How to select best Mutual Funds to Invest for long term? June 8, 2022