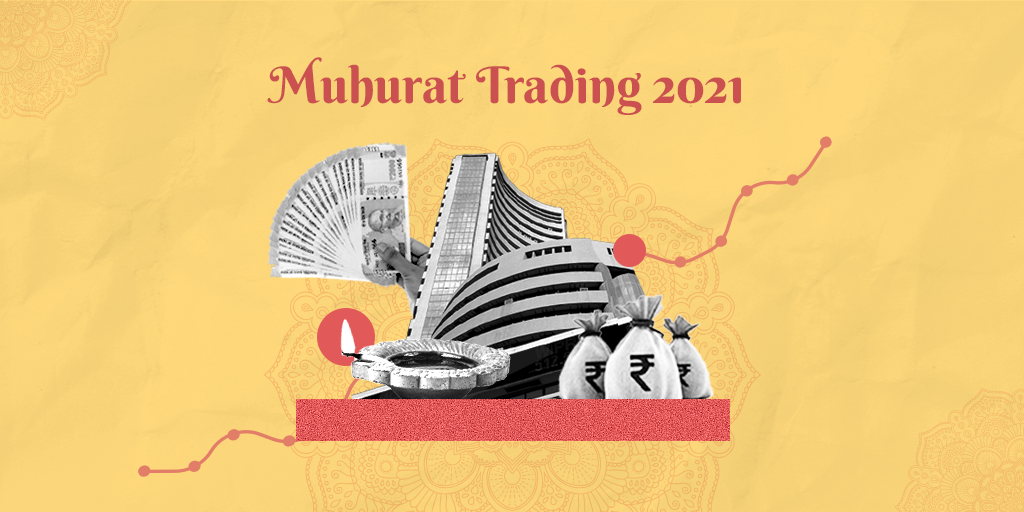 We did an extensive analysis to recommend top 3 stocks to invest during this Muhurat Trading 2021. Muhurat trading is the auspicious stock market trading for an hour on Diwali (Deepawali). It is a symbolic and old ritual, that has been retained and observed for ages, by the trading community. As Diwali also marks the beginning of the New Year, it is believed that muhurat trading on this day brings n wealth and prosperity throughout the year. On November 4, 2021, the BSE and NSE will allow investors to buy and sell stocks from 6:15 PM to 7:15 PM on Diwali.

The listed below three stocks has all the potential to deliver multi fold returns in the coming years. We picked up one large cap stock, one mid cap stock and one small cap stock.

In order to find which stocks can give such kind of multi fold returns, consider the below points

Based on future potential, if there is one company that I would bet on for next 15 years, its going to be Reliance. It has all the potential to become the Amazon of India. Mukesh Ambani realized much earlier itself that data is the new oil. So they pivoted from their core oil business to Internet based business by diversifying into multiple areas. Now they have their own brand which competes with all big brands like Amazon, Flipkart, Dmart etc

From Commerce to Electronics they have invested in every major industry which are expected to grow exponentially in next 10 to 15 years. And we all know how Amazon AWS distrupted the cloud industry, with Reliance – Microsoft tie up, Reliance could dominate the cloud industry big time. If they capture Indian Govt projects, that itself could give them huge market share in cloud space.

As part of the 10-year alliance, Jio will build data centres across India that will be hosted on Microsoft’s Azure cloud, Reliance Chairman Mukesh Ambani told shareholders at the company annual shareholders’ meeting.

Even as one of the biggest large cap company, Reliance still able to achieve more than 400% increase in market cap in last 5 years.

They are the market leader in prominent segments like Retail, Digital, Media, Oil and Gas.

Reliance (Large cap) with 1000s of crores of Investments done with multiple prominent industry and tie up with major companies like Microsoft, Google, Facebook would give a major boost to capture larger market share in the coming years. So I firmly believe Reliance could become Amazon of India in next 15 years with all their investments paying off big time.

Invest in Affle (Mid cap) for 10x 20x returns in next 5 to 10 years. Affle is the perfect midcap stocks which is on its way to become a large cap stock.

When a company like Microsoft bought 20% stake in Affle during its early stage, it signifies how good the company is. Microsoft must have done all their due diligence at their end before investing with Affle. Unlike other IT companies in India, which primarily deals with IT services, Affle is focused on building products that can help large enterprises gain user traction through digital medium with their robust patented algorithms.

The stock has already gained 5x from its last year low price. From 1000 levels last year, it moved to Rs.6000 levels in just one year. Now after stock split, it trades near 1000 levels.

Affle revenue has been growing at a phenomenal speed with 49% cagr revenue in last 4 years and crossed 100 million user conversions. They have 19 patents so far with fantastic revenue growth.

Affle clients include companies like Swiggy, KFC, Levis and many OTT platforms, their patented algorithms have helped all these companies achieve an immense growth in client conversions. So I highly recommend Affle only for serious investors who wanted to make multifold returns by staying invested in Affle for long term.

Thyrocare was started in 1996, by Dr A. Velumani, a former scientist at Mumbai’s Bhabha Atomic Research Centre (BARC). Its first laboratory was set up in Mumbai, with an initial focus on thyroid testing. Today, it claims to be the country’s largest diagnostics provider by volume — with over 110 Mn tests performed annually. The diagnostics chain has a network of 3,500+ collection centres across more than 2,000 towns in India.

Since 2016, after it’s listing in stock exchange, Thyrocare has been growing steadily year after year.

Its share price increased from Rs.500 levels to Rs.1400 levels without much volatility.

An August 2020 Edelweiss research report says the Indian diagnostic market is estimated to have a size of $9 Bn (around INR 67,500 Cr), and would grow at a compounded annual growth rate (CAGR) of roughly 10% till 2025

Compared to its competitor, Thyrocare built better business model, instead of focusing on opening multiple diagnostic centers, it tied up with multiple local centers which acted as a collection agent for Thyrocare, this helped the company in controlling the cost to a greater extent. Thyrocare has been in the news recently due to PharmEasy’s acquisition, PharmEasy announced that it would buy a controlling stake in the diagnostic chain for Rs 4,546 crore.

The Thyrocare deal will allow PharmEasy to offer four key elements of healthcare — information, consult, test and treatment — at a time when online adoption is growing due to the pandemic. The Tata Group acquired PharmEasy’s rival 1mg while Reliance Industries picked up a 60% stake in Netmeds in 2020. Last year, PharmEasy had also acquired smaller rival Medlife.

PharmEasy has a user base of 12 million, a network of 6,000 digital consultation clinics and 90,000 partner retailers across the country. It currently serves the pharmacy and diagnostic needs of more than 1 million patients. It aims to expand its network to over 200,000 such pharmacies servicing orders across 100 cities. India’s online pharmacy market is estimated to swell to $2.7 billion by 2023 from about $360 million in 2020.

With the deal from PharmEasy, Thyrocare is no more a simple diagnostic centre, Tech + Diagnostic will help Thyrocare to achieve phenomenal growth in the coming years. HealthTech is the new FinTech.

India currently has more than 5,000 health tech startups and the health tech market, is expected to grow at a CAGR of 39 percent to touch $5 billion by 2023. “Due to physical restrictions and safety concerns owing to the pandemic, there has been an increased adoption towards tele-consultation, homecare services, e-pharmacy, online fitness and digital personal health management which has catapulted the Indian health tech sector on a high growth path, The consumer adoption that health tech has been able to achieve in 2020 would have taken at least 4-5 years in a non-Covid 19 scenario.”

I have never tried ordering medicines online before, but I have tried to place order today with PharmEasy and compared that with 1mg and NetMeds, searching for respective tablets is much easier in PharmEasy and even the cost was comparatively much lesser in PharmEasy than the other two companies.

Just like how Flipkart, Amazon transitioned the ecommerce business, companies like PharmEasy, 1 mg has the potential to transform the health care industry in India. Finally, Thyrocare going into the hands of young entrepreneurs will only help the company to scale new heights in coming years.

Based on the above detailed analysis, we recommend Reliance, Affle and Thyrocare stocks to invest for Diwali Muhurat Trading 2021.

(14991)
₹209.00 (as of February 4, 2023 - More infoProduct prices and availability are accurate as of the date/time indicated and are subject to change. Any price and availability information displayed on [relevant Amazon Site(s), as applicable] at the time of purchase will apply to the purchase of this product.)

₹299.00 (as of February 4, 2023 - More infoProduct prices and availability are accurate as of the date/time indicated and are subject to change. Any price and availability information displayed on [relevant Amazon Site(s), as applicable] at the time of purchase will apply to the purchase of this product.)

₹299.00 ₹190.00
Stock Market Invincible P R Sunder 9789349200609 Mukul Aggarwal Arvind Arora Pushkar Raj Thakur Anant Ladha
(as of February 4, 2023 - More infoProduct prices and availability are accurate as of the date/time indicated and are subject to change. Any price and availability information displayed on [relevant Amazon Site(s), as applicable] at the time of purchase will apply to the purchase of this product.)